Guest Post: The Saga Of Davi Rhii-Keeping A Sequel Fresh
People ask this question a lot: how do you keep the next book fresh. This especially seems to be the case with sequels. In part, I think it stems from Hollywood moviemaker’s tendency to believe sequels should be rehashes of everything people liked about the first film, which is mainly an attempt to grab money rather than please people artistically and usually results in drab fair. The result is that people come to expect sequels to deliver less than the prequel, and they also are far more ready to criticize and find fault with a sequel for not living up to expectations.
But from the creative standpoint of the writer, this creates a challenge, especially if the first book is successful, although, often times, the second book will be written and turned in just as or before the first book is released. The challenge is compounded by the timeline of publishing. The first novel may be something you’ve worked on for several years, a decade or more. But once you sign the contract, you have a year to deliver book two and a year after that for book three, so if you didn’t start on them before a deal, you suddenly find yourself facing a challenge and a tight timeline you’re not used to working in.
For me, the approach I took was to look at each book’s tone, theme and style first. For example, The Worker Prince is a coming of age tale. It is primarily Davi Rhii’s book and story, although there are two major antagonists and a number of key supporting POV characters and roles. The book has seven subplots intertwined throughout in addition to the main throughline and within these are substories of family drama, romance, friendship, rivalry, and more. Each plot and subplot has its own arc and interacts with the individual arcs of the others as well as the characters themselves. But whereas the main plot is the driving force and framework for the book, the subplots add to character development and the overall plot but deepening relationships, conflict, and theme in various ways. So, in The Worker Prince,  the subplots, ultimately, are tied to Davi’s coming of age story in some way. Everything thus is framed by this and must be written to reflect it.
With the second book, The Returning, the story becomes about a group of people rather than just Davi. Davi has a major role, sure, but we have an expanded canvass of people whom we got to know and grew to care about or despise (antagonists perhaps) in the first book and want to learn more about and spend more time with. Again, Davi is at the heart of the prime story in which the Vertullians have won freedom and are trying to be regular citizens while dissenters who resent the change still seek to cause trouble from riots to protests to assassinations. Davi investigates and seeks to uncover who’s behind this, with the help of his key friends, Yao and Farien, and yet there are subplots involving his fiancée, Tela, his mother, Miri, the two antagonists, members of the Council, etc.
Interestingly, one of the things people really liked in book 1 was the camaraderie of Davi, Yao and Farien. In The Worker Prince, they were together at the beginning and then kind of wound up on different paths with only a few encounters bringing two of them together at various times. In The Returning, by including them on the main plot with Davi, I got to keep them together for much of the book and explore the dynamics of their friendly rivalry, friendship, banter, etc. It allowed me to develop those relationship far more deeply as well as expand all three as characters in fun ways. So this was one way I captured something people liked about the first book to use in the second.
Another thing people liked was the political maneuvering and scheming of the subplots, so I brought back Aron, Tarkanius, Xalivar, Miri and others for more of that in book 2 and a number of them take on increased roles this time.
To lend the book a different feel and more urgency, I chose a thriller-style surprise story for The Returning with more intense stakes and action and faster, more sudden twists and turns that would keep readers guessing and barely let them come up for air. There are few reflective, quiet phases this time around, unlike The Worker Prince, which had a bit less intense middle section. This book’s pace and plot keeps pounding and twisting forward the whole way, like a rollercoaster ride. It creates a different feel than the first book and also allows me to make the middle chapter feel complete, despite the fact that many of its arcs carry over into the book that will follow. Still, The Returning and The Worker Prince, while they do have similiarities—world and characters above all—are different books and thus, I hope, each fresh and unique on their own.
What are some of your experiences writing sequels or next books? Have you switched genres? Have you switched POV from first to third? What are the tricks and tools you use to keep things fresh not only in your prose but creatively for you as writer and for readers? We’d love to hear about it in comments.
In Bryan’s second novel, The Returning, new challenges arise as Davi Rhii’s rival Bordox and his uncle, Xalivar, seek revenge for his actions in The Worker Prince, putting his life and those of his friends and family in constant danger. Meanwhile, politics as usual has the Borali Alliance split apart over questions of citizenship and freedom for the former slaves. Someone’s even killing them off. Davi’s involvement in the investigation turns his life upside down, including his relationship with his fiancée, Tela. The answers are not easy with his whole world at stake.

Bryan Thomas Schmidt is the author of the space opera novels The Worker Prince, a Barnes & Noble Book Clubs Year’s Best SF Releases of 2011  Honorable Mention, and The Returning, the collection The North Star Serial, Part 1, and several short stories featured  in anthologies and magazines.  He edited the anthology Space Battles: Full Throttle Space Tales #6 for Flying Pen Press, headlined by Mike Resnick. As a freelance editor, he’s edited a novels and nonfiction.  He’s also the host of Science Fiction and Fantasy Writer’s Chat every Wednesday at 9 pm EST on Twitter under the hashtag #sffwrtcht. A frequent contributor to Adventures In SF Publishing, Grasping For The Wind and SFSignal, he can be found online as @BryanThomasS on Twitter or via his website. Bryan is an affiliate member of the SFWA.

Posted by Dragonlots at 8:00 AM 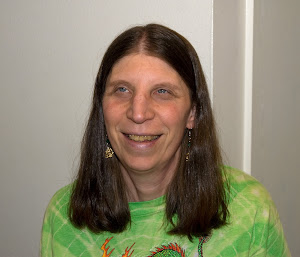